Is this the end of another summer, or the end of summer as we know it?
— Read on www.newyorker.com/news/annals-of-a-warming-planet/when-summer-becomes-the-season-of-danger-and-dread

It’s been a challenging two years for everyone. One of my Covid projects was to get a new laptop so I don’t freeze on Zoom. Sounds so appealingly simple doesn’t it?? Anyone who has been down this path knows that is not true. Especially if you do all the techy stuff yourself. I went through 3 computers until I found the right one. If only I had known what I wanted and if only laptops were in stock in Courtenay. That seems like my theme for the year. As part of my transfer of files were my millions of photos, so what could be more timely than a trip down memory lane of Christmas past. I said to myself that no one is interested in my family photo album.. except maybe my family and friends. But I have enough family to make this a worthwhile project.

My photo records go back to 1973 in London England where I had my first English Christmas. This Christmas dinner included I don’t remember what and three roommates, two from South Africa and one from England. Christmas in England was surprisingly low key compared to Canada. It was one of the first moments that I felt like I was living in a foreign country.

I come from a family with lots of relatives and have spent several memorable Christmas’s over the years with aunts, uncles and cousins over the years. Sadly some of my family members have passed away as has my Golden Retriever who lives on in my email address.

One of my more memorable Christmas was in 2009 with my brother in Saint John NB. You can start to see a theme here and it might be NUTCRACKERS. The costumes were provided by my brother’s friend who had come back from Asia with a lot of trinkets to resell. So my brother opened his house for a pop up store and we all got in the spirit. This was of course followed by lobster.

The dress up theme was continued at my Ottawa Christmas in 2011-2012. We had a Christmas craft moment and made Fascinators for everyone. You can see them modeled by the ladies of Ottawa Public Health and members and friends of my best friend’s family.

My Christmas travels have taken me to New York, Mexico, Phoenix, Costa Rica and Hornby Island.

This Covid version of Night Before Christmas is pretty creative. I don’t know who the author is as it came to me in an email. Merry Christmas and Happy New Year to all. I hope that we can all get together for future Christmases.

Twas the night before Christmas, but Covid was here,
So we all had to stay extra cautious this year.
Our masks were all hung by the chimney with care
In case Santa forgot his and needed a spare.

With Covid, we couldn’t leave cookies or cake
So we left Santa hand sanitizer to take.
The children were sleeping, the brave little tots
The ones over 5 had just had their first shots,

And mom in her kerchief and me in my cap
Had just settled in for a long winter’s nap.
But we tossed and we turned all night in our beds
As visions of variants danced in our heads.

Gamma and Delta and now Omicron
These Covid mutations that go on and on
I thought to myself, “If this doesn’t get better,
I’ll soon be familiar with every Greek letter”.

Then just as I started to drift off and doze
A clatter of noise from the front lawn arose.
I leapt from my bed and ran straight down the stair
I opened the door, and an old gent stood there.

His N 95 made him look pretty weird
But I knew who he was by his red suit and beard.
I kept six feet away but blurted out quick
” What are you doing here, jolly Saint Nick?”

Then I said, “Where’s your presents, your reindeer and sleigh ?
Don’t you know that tomorrow will be Christmas Day? “.
And Santa stood there looking sad in the snow
As he started to tell me a long tale of woe.

He said he’d been stuck at the North Pole alone
All  his white collar elves had been working from home,
And most of the others said “Santa, don’t hire us!
We can live off the CERB now, thanks to the virus”.

Those left in the toyshop had little to do.
With supply chain disruptions, they could make nothing new.
And as for the reindeer, they’d all gone away.
None of them left to pull on his sleigh.

He said Dasher and Dancer were in quarantine,
Prancer and Vixen refused the vaccine,
Comet and Cupid were in ICU,
So were Donner and Blitzen, they may not pull through.

And Rudolph’s career can’t be resurrected.
With his shiny red nose, they all think he’s infected.
Even with his old sleigh, Santa couldn’t go far.
Every border to cross needs a new PCR.

Santa sighed as he told me how nice it would be
If children could once again sit on his knee.
He couldn’t care less if they’re naughty or nice
But they’d have to show proof that they’d had their shot twice.

But then the old twinkle returned to his eyes.
And he said that he’d brought me a Christmas surprise.
When I unwrapped the box and opened it wide,
Starlight and rainbows streamed out from inside.

Some letters whirled round and flew up to the sky
And they spelled out a word that was 40 feet high.
There first was an H, then an O, then a P,
Then I saw it spelled HOPE when it added the E.

“Christmas magic” said Santa, as he smiled through his beard.
Then suddenly… all of the reindeer appeared.
He jumped into his sleigh, and he waved me good-bye,
Then he soared o’er the rooftops and into the sky.

I heard him exclaim as he drove out of sight
“Get your vaccines my friends, Merry Christmas, good-night.”
Then I went back to bed and a sweet Christmas dream
Of a world when we’d finished with Covid 19.

Our November trip to Cartagena, Colombia was a consolation prize. One of the lovely streets inside Cartagena’s historic walled city, eerily …

Cartagena, Colombia Out in the Open

First we could only go out for an hour a day, so relished that escape. As the year went on walking came to represent life, liberty and health, both physical and mental
— Read on amp.theguardian.com/travel/2020/dec/18/how-2020-became-the-year-of-the-walker

A new study reveals that greater bird biodiversity brings greater joy to people, according to recent findings from the German Center for Integrative Biodiversity Research. In fact, scientists concluded that conservation is just as important for human well-being as financial security.
— Read on www.ecowatch.com/birds-happiness-study-2649413979.html

Terry Webster Schradt posts a weekly photo challenge and what better way to fill up guarantine time than culling pictures on your computer. I figure this will be a weeks worth of work.

So here are photos of some of the paths I’ve taken. I am an avid walker and have taken lots of pictures along the way. Let’s start out in Mexico. You never know what you will encounter on the sidewalks of Mexico but it is sure to be colourlful.

The sidewalks in Toronto are a little European in flavour and you also may be suprised by encountering sculpture or weddings!!!

Moving on to Ottawa, the seasonal colours are one of the distinctive features of the landscapes. There is a unique walk around the parliament buildings that few people take.

Vancouver sidwalks are often wet, but if you look carefully you will find little and big surprises.

Now that many people are working from home.. there is an opportunity to downsize your wardrobe. I did this when I retired but it has some relevance for the quarantine wardrobe. It is tempting to hold on to work clothes, but it is at the expense of freeing up room in your closet.  A lot of my work clothes were kind of dated anyway. Joe Fresh has almost everything you need for retirement. Yes I know their hiring practices in Bangladesh have been controversial but you can’t beat the prices and styling and there are no snooty ageist sales people. Ok no sales people.  I have converted many of my friends to Joe Fresh who already shop at the Salvation Army.   What is about baby boomers that draws them to the Salvation Army? The Tyee has written on the role of clothing in global warming. Most of my peers have had minimalist wardrobes most of their life.

Yes you need a two season wardrobe in Vancouver.. Winter/Spring/Fall and Summer. Don’t forget Junuary. Are you working part time? Ok let’s say you need business casual two days a week. Save something from your work wardrobe. Do laundry once every 2 weeks. If you do laundry once a week you can do with a smaller wardrobe.

2 days a week work wardrobe all year round.

This takes care of 4/14 days all year round. 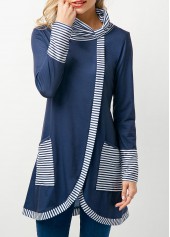 Summer in Vancouver/Travelling south in the winter

In Vancouver you will seldom need: Sundresses, tank tops, tops with spaghetti straps or bathing suits. Vancouver is pretty casual so the work wardrobe can work for upscale events. Layers are the best way to go as the weather changes hourly and from area to area in the city.

Now that we are in quarantine mode..

you can shift to a more comfortable bra.  I have been shopping around for the best sport bra/no wire and found it online at La Vie en Rose.   Once you switch it will be hard to go back to a regular bra.  I have found this style also reduces rashes under your breasts.  I have recently discovered a similar model as Walmart.

Finally I have added the Quarentine Hoodie for those cool evening quarentine walks and hikes. Places to shop for masks.

With everything that’s happening about the Coronavirus, it might be very hard to make a decision of what to do today. Should you wait for more information? Do something today? What? Here’s what I’m…
— Read on medium.com/@tomaspueyo/coronavirus-act-today-or-people-will-die-f4d3d9cd99ca

I didn’t realize I has so many posts about Hornby Island so here they are all together.  I guess the next project should be a book??

Vancouver to Hornby -The Kindness of Friends

My adventure with standup comedy.

A Leap of Faith

Stories and photos from Scotland
— Read on ailishsinclair.com/

Another interesting read for me as I read about witchcraft trials in Scotland when I was doing my Genealogy.